It’s been a bit quiet here over the past week, because I’ve had some job troubles. My current contract came to an end and I wasn’t sure what was happening with the new company I was supposed to be transferring to. But it has worked out ok and I’m on paid leave for a month, so I now have lots of free time on my hands! I’m going to try and get some more acrylic designs drawn up, and work my way through a massive backlog of DVDs and Blurays. I have a terrible habit of buying films and tv series, and then just leaving them on my shelf without watching them. So every few months I have to self-impose a ban on buying new things until I have watched most of the older ones. This week’s task is finishing my Buffy the Vampire Slayer boxset. I bought it two years ago in a sale, watched up to the middle of Season 6 and then left it. I can think of worse things than lying in bed and watching Buffy all day.

Last weekend I had a friend come to visit, so we spent our days wandering London and shopping. I was actually very good and resisted buying anything in Tatty Devine, and then I undid all my good work in Forbidden Planet and Kid Robot. I got myself Amy Pond and the Eleventh Doctor with a fez and a mop from the newest Doctor Who figures, plus some more Qees, Bearbricks and Dunnys. Unfortunately I ended up with quite a few duplicates so I will have to ebay those. I also got the most adorable blind boxed mini Lunartik Teacup, which I loved in the full size but it was far too big for my shelf. I’ll have to take some photos soon as my collection seems to be growing exponentially!

I had a friend from France staying with me over the weekend for the Muse gigs at Wembley Stadium. I indulged in some shopping at Tatty Devine and Forbidden Planet, and we had fun at Hamleys before actually making our way to Wembley.

The first gig was pretty run of the mill and in my opinion had the worst of the support acts (White Rabbits, The Big Pink, Lily Allen). We got good seats on left side of the stage because we are lazy, and although the visuals and theatrics were nice, I had seen it all before in Paris. The setlist was predictable and I did not enjoy the inclusion of Neutron Star Collision and I Belong To You, so needless to say I came home feeling rather blah about it all.

The next day however, totally blew it out of the water. We attempted to queue for a bit, but when we got inside we decided to sit down anyway. This time on the right of the stage so we got a different view. The support acts were miles better (I Am Arrows, White Lies and Biffy Clyro) with Biffy getting such a good reception you could have believed it was their own gig. Muse seemed a lot happier and even said something along the lines of “We know you are the real fans tonight”, but it was the setlist that made it amazing. Oh the setlist <3. Not only did they play MK Ultra and Bliss, but they rolled out Map of the Problematique, Citizen Erased and Ruled by Secrecy! A whole bunch of rarely played fan favourites. It really made the night so much better, and sort of restored my faith in them. To end, here are some photos of the treats I bought myself on Friday! 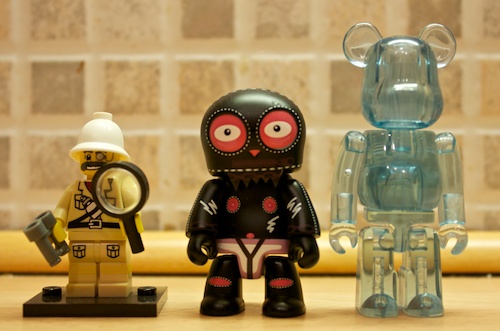 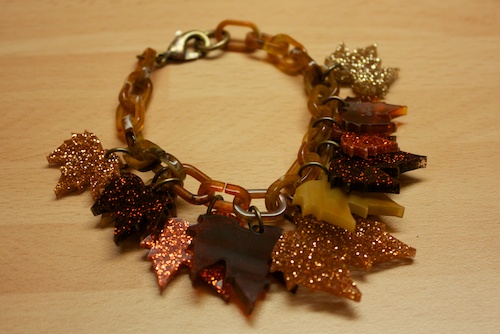 Kidrobot are doing a countdown on their website at the moment for the Dunny 2010 series, revealing one figure per day until the release date. At the moment I’m really loving the Damarak, Sketchup and Travis Cain designs.

When I compare them to the latest Qee offering from Toy2R (The Designer Collection Series 6), they are just far superior in design and originality! Out of the Qee’s I’m only really keen on the Peskimo Melee Cat.

I’ve also been checking out rumours on the Canon 60D this week. It seems like it might be announce at the Canon EXPO in September and released in October. I’ve been thinking about upgrading my camera, but the 5D seems a bit too big and expensive, and the 50D has been out for too long, so the 60D release is perfect. I’ll start saving my pennies now!