One of the best things about the new year, is all the fantastic sales that come with it. I’ve been perusing my favourite stores online and have come away with some nice purchases from Threadless and Tatty Devine. From Tatty Devine, I got a fob watch necklace, a glittery bowtie ring and a leaves necklace to match the bracelet I bought last year. It was only after I bought these, that I noticed the zip necklace I’ve always wanted was in the sale too! It will have to wait til next time I suppose.

My biggest sale buy though, was a Korean resin ball jointed doll. Ever since I got into toy collecting I have lusted after these. They are fairly large in size (about 1/3 scale), fully customisable and made in small runs, and as such are usually very expensive. Luckily for me one of my favourite doll makers Custom House have been having mad sales, so I managed to pick one up for under $100. It comes unpainted and unstrung so I will have to tackle those things myself, but I’m sure I will manage. They have quite a reputation for sending out the dolls after a massive wait so I’m not expecting him until mid-March, but it gives me time to buy supplies and clothes. 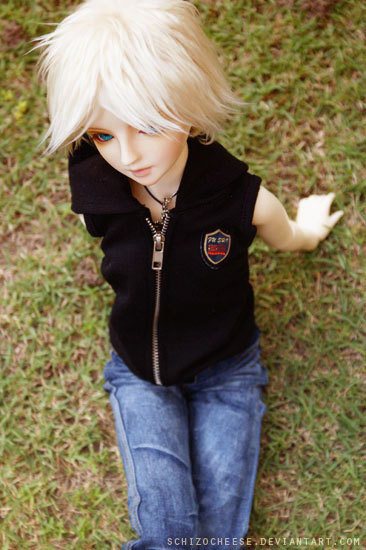