I wasn’t quite sure what to expect from the CSS gig, as they had been away from the music scene for a while and their last album was not too well received, but the tickets were cheap and I decided it would be a fun night regardless. I have to say I was very pleasantly surprised as their newer stuff seems to be a return to form and I’m definitely considering buying the new album, La Liberacion, after seeing bits of it live. There was also the usual selection of crowd pleasers and the audience were clearly having a blast dancing along. Lovefoxxx has ditched her trademark catsuits but she is still ever the eyecatching frontwoman and was frequently clambering into the front row and throwing playful banter at the crowd. It was a nice gig, better than the last time I saw them, and I hope I manage to catch them again soon. Tonight I went with my brother to see Batman Live, which is billed as a kind of family show loosely telling the story of Batman with lots of lights, costumes and acrobatics. I was quite pleased to see that around half the O2 were without children, so clearly Batman has universal appeal! It was a very impressive show with the outfits and fight scenes being the particular highlights. The acting and script for Batman and Robin were pretty laughable, but it was all still very good fun, and the Joker and Harley Quinn’s scenes more than made up for it. There are a few more pictures on my Flickr set.

Tomorrow we go to READING, so expect my writeup and photos in a week or so. 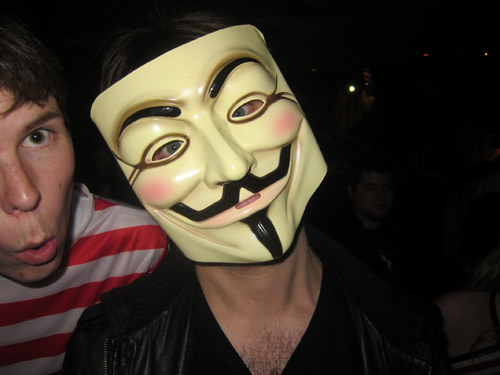 Wheres Wally and V for Vendetta 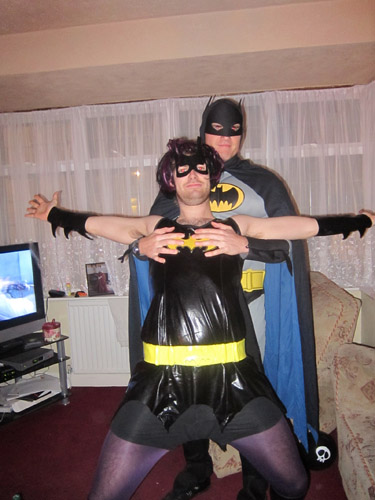 Me, my crossdressing cousin, Hulk Hogan Supergirl has a nice cuppa